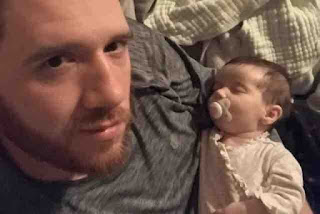 As many of you may already know, the Disney Community lost a shining star suddenly on Christmas Eve. Alan, co-host of Enchanted Tiki Talk Podcast, passed away leaving behind a beautiful wife and 3-month old daughter.

A GoFundMe campaign was quickly set up to help support his daughter's future through a college fund. Those who knew Alan, know that he was a very smart guy and that his daughter's education would be a priority. You can learn more and contribute in the LINK HERE.

You can still hear Alan on past and an upcoming episode of Enchanted Tiki Talk Podcast sharing his love and joy of Disney, the way we all will remember him!

A CHEERWINE TOAST TO YOU ALAN!
SEE YOU REAL SOON!

Tribute to Alan at the Memorial by his Tiki Hut brothers:
As many of you know today was the service for our Tiki Brother Alan. We were asked to say something so we wanted to share our speech with you. ~Keith

"Before I came up here I was asked how long I was going to talk for. I said I have written a glorious 3 hour long finale but was told I only have a minute and a half.
For those that don't know that's a line from the muppet vision 3D attraction at Hollywood studios. And hence the reason I'm standing here
Alan, Keith and I met each other through Twitter as part of the Disney community. In which there are many people from that community here today. We instantly clicked as friends with many common interests, same sense of humor, and a brotherhood quickly formed.
We wanted to share our passion with whomever would listen. So we formed The Enchanted Tiki Talk Podcast. We all fell into our roles quickly. Alan was always the one to keep us on track when things got crazy. He would always know just what to say at the right time. His quick wit and charm won over our listeners instantly.
I remember our first celebrity interview was Bill Farmer the voice of Goofy and so many other characters. We were coducting the interview and texting each other at the same time. We were like five year olds everytime he would do another voice. We couldn't believe the response and the interviews continued. From Rolly Crump, Bob Gurr, Marty Skylar, Jim Cummings,who is the voice of Winnie the Pooh and tigger. and the list goes on and on. We would always feel a sense of acomplishment to be able to record these living legends' stories for future generations to one day hear. Now we feel comfort we could do the same for Alan's legacy
Living in three different states made it difficult to get together in person. However, that didn't stop us from talking almost all day every day.
We felt more like brothers who had grown up together than friends who just met online. Each of us had met each other at different times. Keith met Alan and Blair a couple times on their way to the Outer Banks and at Walt Disney World. but all of us had never been in the same place at the same time. Until that fateful weekend for New York Comic Con.
There are so many great stories from that weekend, but the two that stand out the most. Alan had told us in the past that he and Blair had honeymooned in Paris. They had enjoyed these macarons there from Lau Duree. There was a shop in New York City and the only thing Alan wanted was to take these home to her. I don't think any of us knew how far of a hike it was going to be to get them when we started out. However, we kept walking and walking for what felt like days. We finally got there, Keith was about to fall over, I was huffing and puffing, and Alan was so excited to get them.
After that we decided to take an Uber back to the convention center. The car pulls up and its a compact car. The driver wouldn't let anyone sit up front so all three of us packed into the back seat like a bunch of circus clowns. As close of friends as we had become that ride gave us a whole new level of closeness. When we finaly got to the convention center. Alan opened the door and we literally poured out of the back onto the street. We laughed for a good half an hour straight. We had so much fun that weekend just hanging out with each other. Laughing, joking, meeting friends from the podcast, and sharing new experiences.
Alan always would close every episode by saying “Aloha” We all know that Aloha means hello or goodbye. However, a litteral translation also says it means "The joyful sharing of life energy in the present" or simply "Joyfully sharing life”. Alan was always that joyful life energy in our lives and we are happy he shared it with so many people. Alan used his social media presence to postively effect the lives of thousands of people. In the Disney community we never say “goodbye” we always say “see you real soon”. So Alan, we love you, see you real soon and ALOHA." 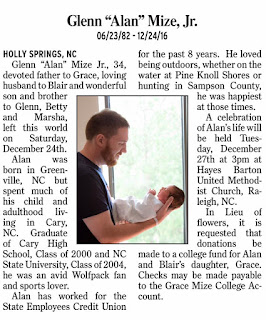