Last night was a surprise soft opening for the new show, The Jungle Book: Alive with Magic, at Disney's Animal Kingdom Park. And sure enough, a special Guest was there! 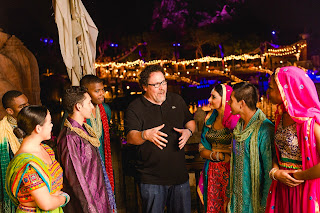 To hear more about this show and all the new Awaken Summer events going on around Walt Disney World, listen to the Disney Dream Girls podcast Episode 109, new episodes released every Sunday!

*For your next Disney Vacation, contact Katherine at www.ImaginationsVacationsbyKatherine.com and let her know the Princess sent you!
Posted by Jeanie Gallo at Saturday, May 28, 2016