BEHIND THE SCENES: Frozen in Norway, Epcot! 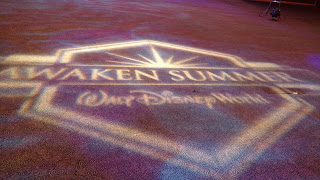 The new "Frozen" themed attractions at Epcot in Walt Disney World will open on June 21st, the first day of summer! As part of the Awaken Summer media event, I was fortunate enough to sneak a peek Behind the Wall of the new additions to the Norway Pavilion in Epcot, as well as speak with the Project Manager, Wyatt. I'm happy to report what I learned! The most notable fact is that although the characters and stories of the blockbuster movie, "Frozen," are becoming a large part of the pavilion, recognizing the culture of Norway will continue to be the top priority!
You can hear me talk ALL about the details on the Disney Dream Girls Podcast Episode Episode 109. 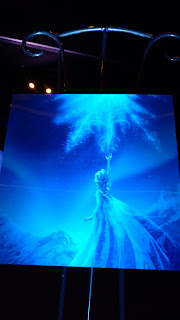 There are two parts to the new "Frozen" additions to Norway. The first is the changing of the pavilion attraction from Maelstrom (a boat ride showing the culture of Norway) to Frozen Ever After (a boat ride that explores the land of Arendelle and beloved characters from the movie "Frozen"). This new ride attraction will NOT be a retelling of the movie. Disney has done a bit of a "tweak" as Wyatt explained. 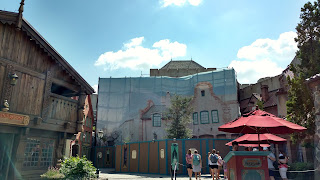 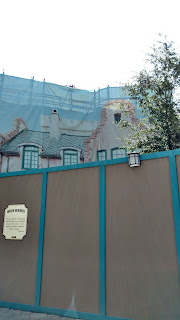 Frozen Ever After will take place after the time of the story that is told in the movie. It begins with Summer Snow Day, a day that Queen Elsa has created for everyone to enjoy. This time she has frozen the village out of love and not fear. Guests will travel to the Troll Valley and go inside the Ice Palace as well.
What may also be unexpected about this attraction is that those popular songs from the movie will NOT be the same here. The lyrics will be changed. Also, the characters who sing the songs will change. So, expect a fresh look at "Frozen."
The Second part of the change is the addition of The Royal Summerhus, which is an entirely newly built area located between the Kringla Bakeri in Norway and the Mexico Pavilion. I was invited to go into this area and look around at the beautifully detailed design that Walt Disney Imagineering created. Behind this wall is where the Norway culture is most prominent. The main building will be the Royal Summerhus. The story is that this is the cabin where Anna and Elsa used to go on vacation with their parents. Now, they bring their new friends to visit. It is designed after a real house in Norway called the Detli House (built in 1817 and moved to an open-air museum in Trondheim, Norway in 1924). 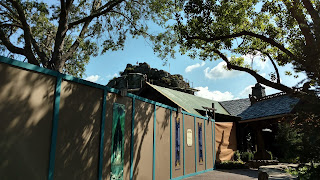 In fact, all of this new area is modeled after real places in Norway. The team of Imagineers visited Norway and studied the designs and history in great depth to research for this project. I greatly admire their attention to detail that is something so unique to the Walt Disney World Parks. I even heard stories of Wyatt photographing the grain of the wood on the buildings in Norway as research to replicate it.
Once Guests step inside the Summerhus, they will enter a living room and then a library. The interior of the cabin will be decorated in crafts that reflect the culture of Norway. Finally, a reception hall is where Anna and Elsa will meet with Guests. (At this time, Wyatt expressed that this is stand-by only. No information on fastpasses for the future was known.)
Next to the Summerhus is a stabbur (a type of storage shed commonly built next to cabins and homes in Norway). This will be the new gift shop, The Wandering Reindeer. Inside you will find all of your favorite "Frozen" themed merchandise.

Finally, in the distance is a mountain that currently peeks out above the construction walls and can be seen while walking around the World Showcase. This is Sverresborg. It is considered one of the first fortresses to be built in Norway. It was constructed by Sverre Sigurdsson between 1182 and 1183. In 1184, he became the King of Norway.
Surrounding this area are also Viking era rune stones. They are large rocks that contain writing and designs. Unfortunately, there are no plans at this time to include any plaques explaining the inspirations and history behind the designs. However, I am holding out hope that that decision will be revisited and the opprotunity to educate will not be missed.
In addition to the new construction, new exhibits will be added inside the Stave Church. I hear there are some amazing discoveries coming from the designers' trips to Norway, including furniture carved from a single piece of wood. 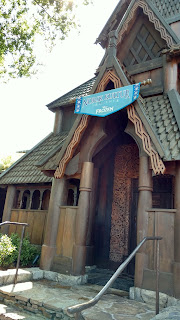 The remaining shops and restaurants in Norway will remain the same. There is a gift shop featuring clothes, snacks, and souvenirs from Norway. The Kringla Bakeri offers quick-service dining options of Norwegian inspired sandwiches and pastries. And the very popular Akershus, a princessed-themed character dining experience that includes Norwegian entrees as well as a Smorgasbord of cold side dishes will remain unchanged. 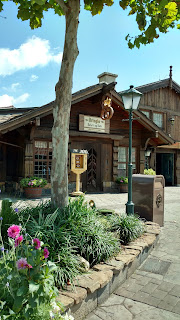 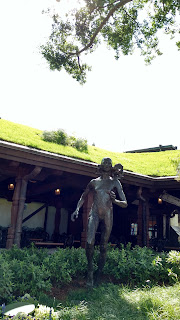 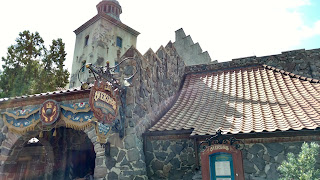 Important to note: FastPass+ reservations are strongly recommended to ride Frozen Ever After.  Likewise, advanced dining reservations for the Akershus character dining in Norway are highly encouraged. Again, the Anna and Elsa character meet is stand-by only. That may change in the future.
*Details on disability aaccessibility for the Royal Summerhus and Frozen Ever After is unknown at this time (prior to opening). A companion restroom is available in the new Norway bathrooms.

*Find Jeanie on Twitter @PrincessPapers, Facebook @ThePrincessPapers or @JeanieGallo and as a regular correspondent on The Disney Dream Girls Podcast, on Twitter @DisDreamGirls and The Disney Dream Girls Podcast on Facebook.
*For your next Disney Vacation, contact Katherine at www.ImaginationsVacationsbyKatherine.com and let her know the Princess sent you!
Posted by Jeanie Gallo at Sunday, May 29, 2016