This year the Craft Beer booth of the Epcot F&W festival got a great upgrade.  It is now located in the Odyssey Center (in Future World just before Mexico). 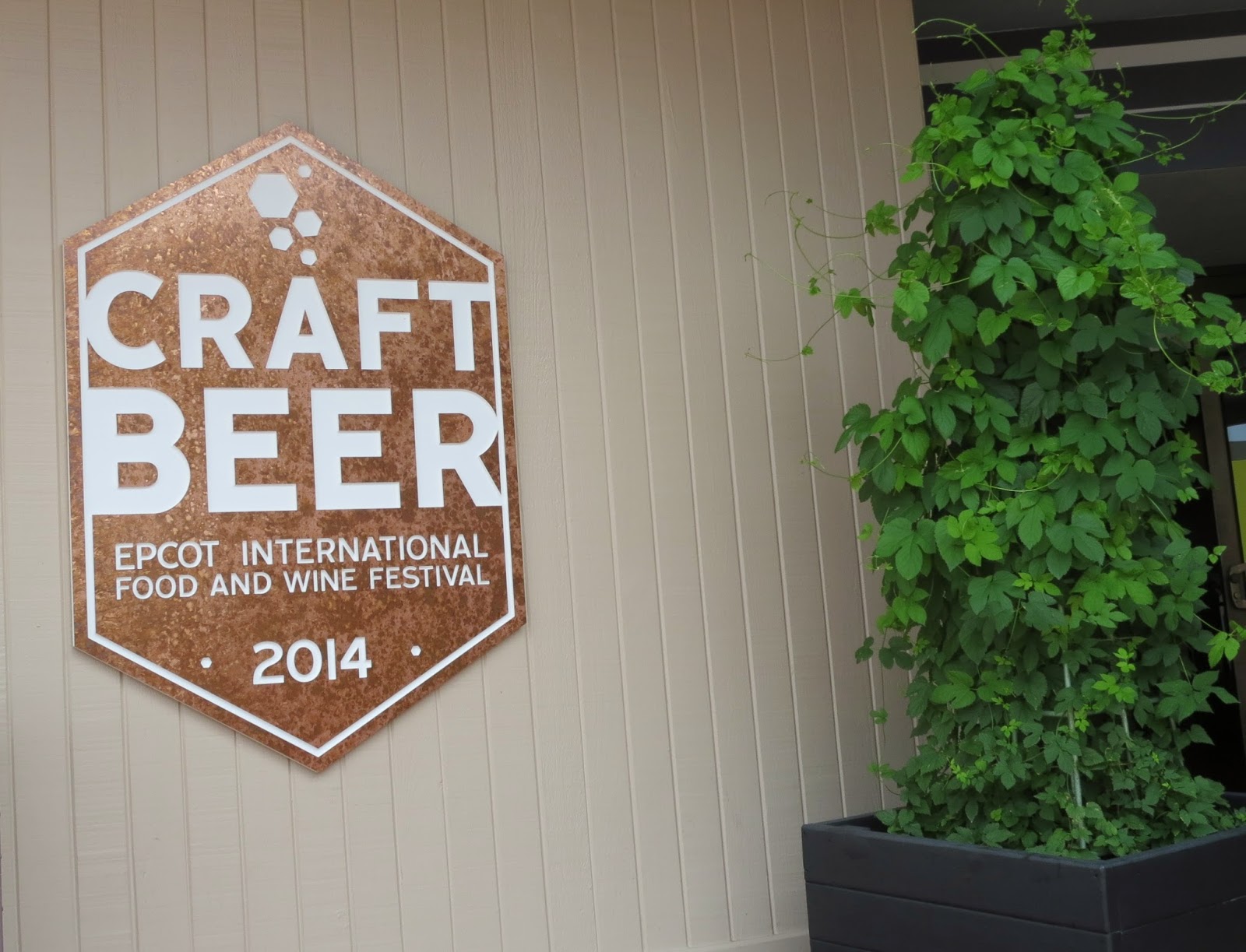 Now guests may choose from a selection of beers and snacks while relaxing inside air-conditioning.  (Bathrooms are also available inside.)  There are high tables to place food on, but unfortunately no real seating besides a bench near the exit door or the floor. 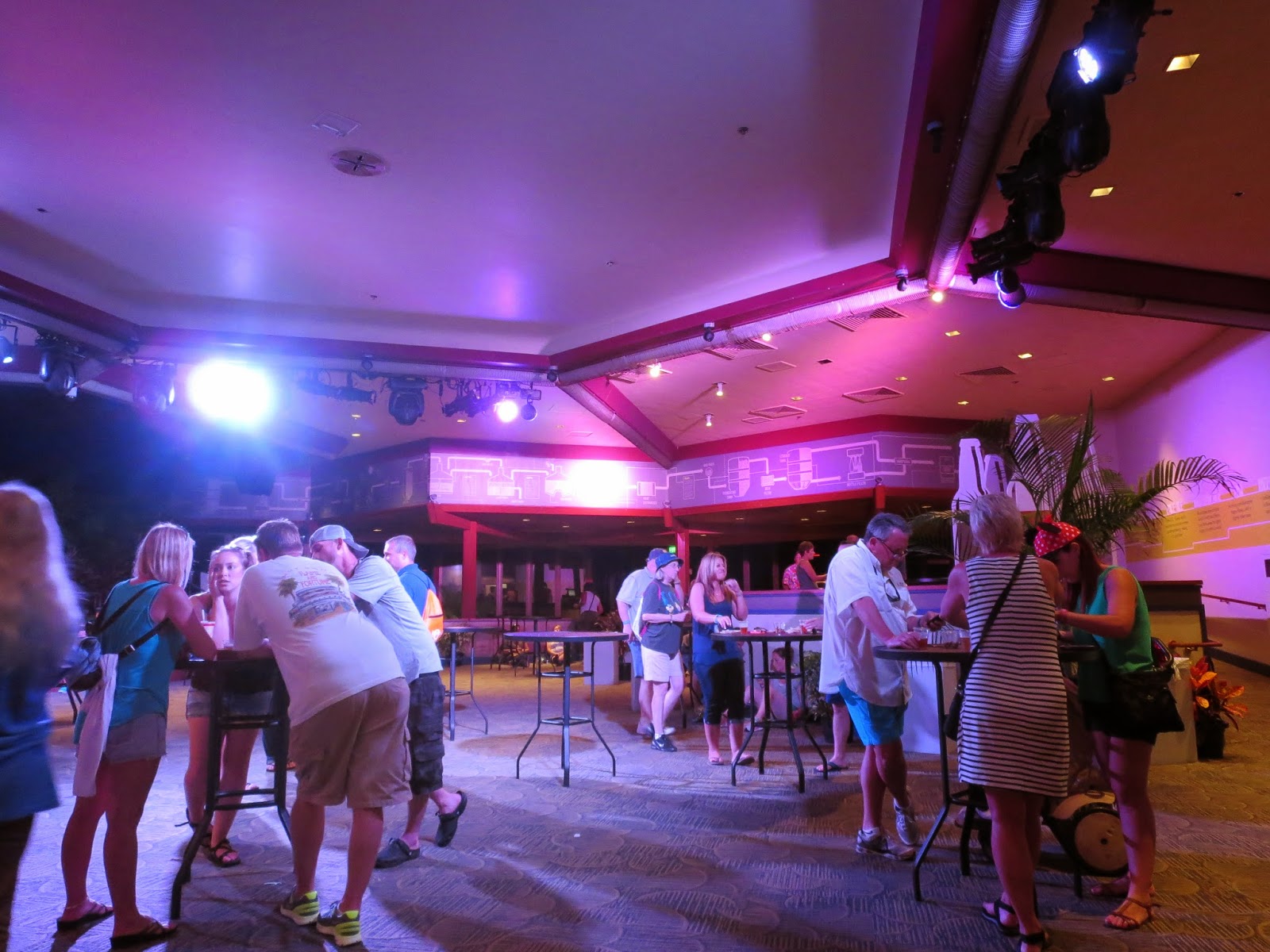 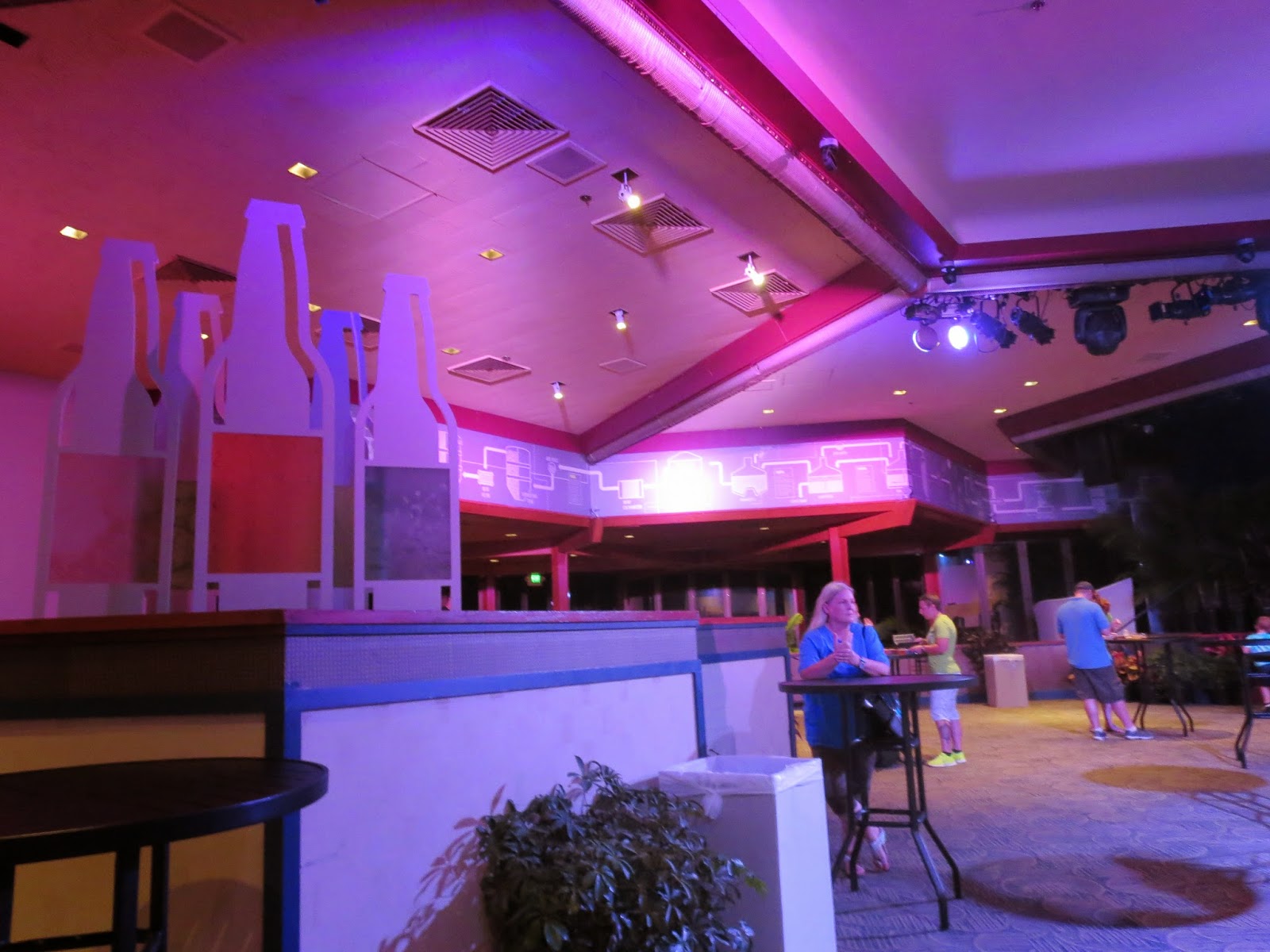 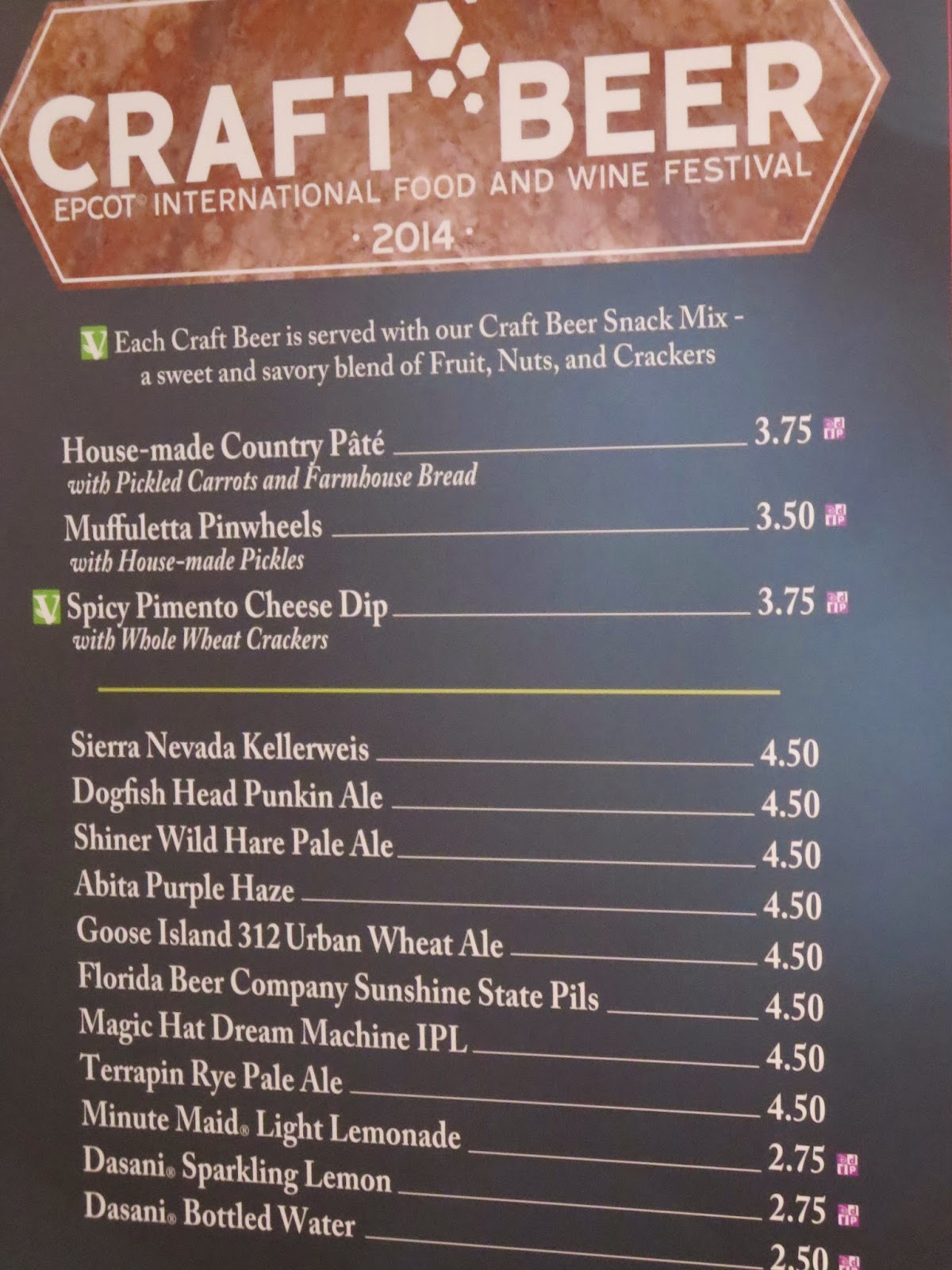 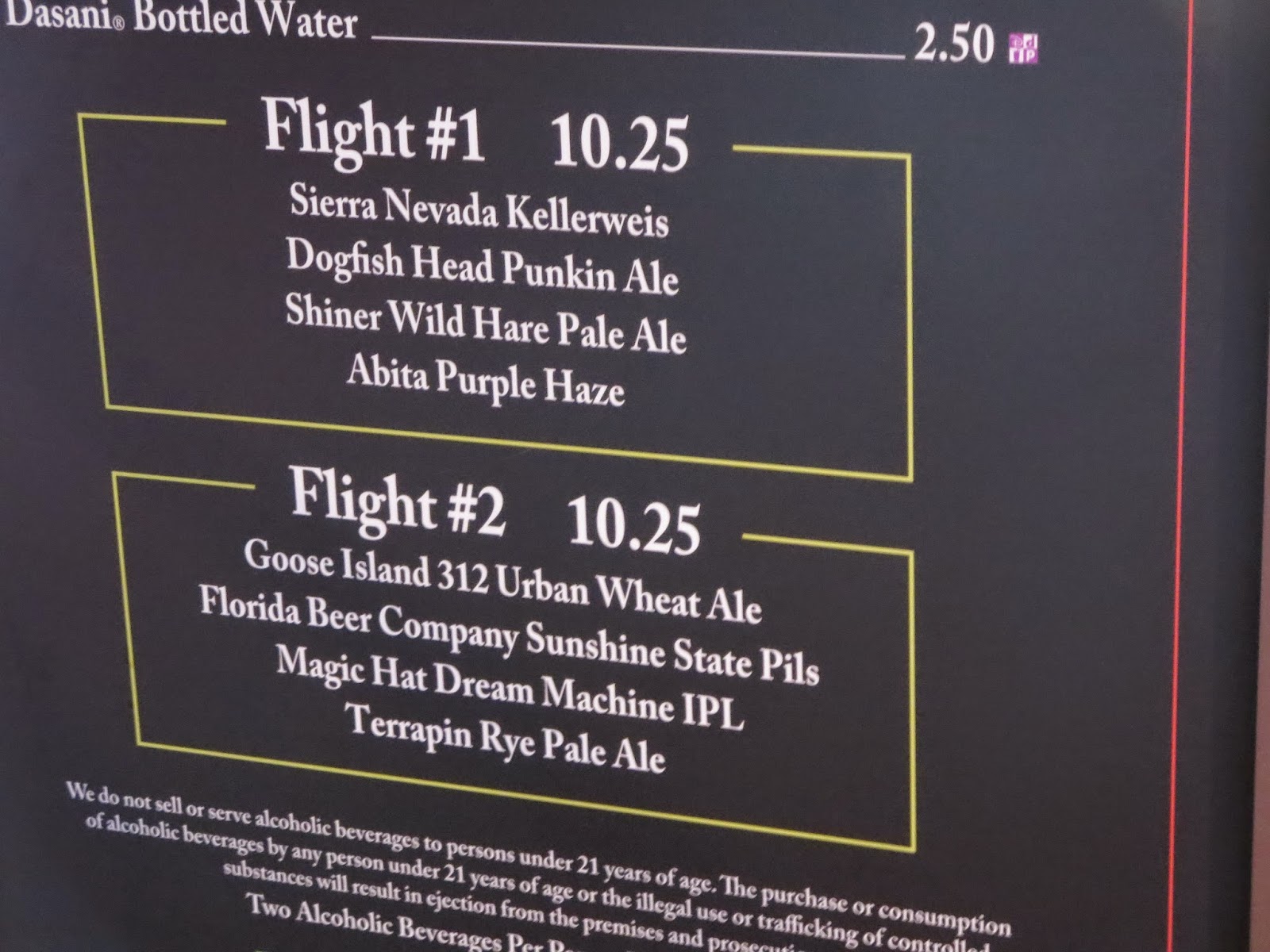 A fruit, nut, and cracker snack mix is included free with each beer purchase. 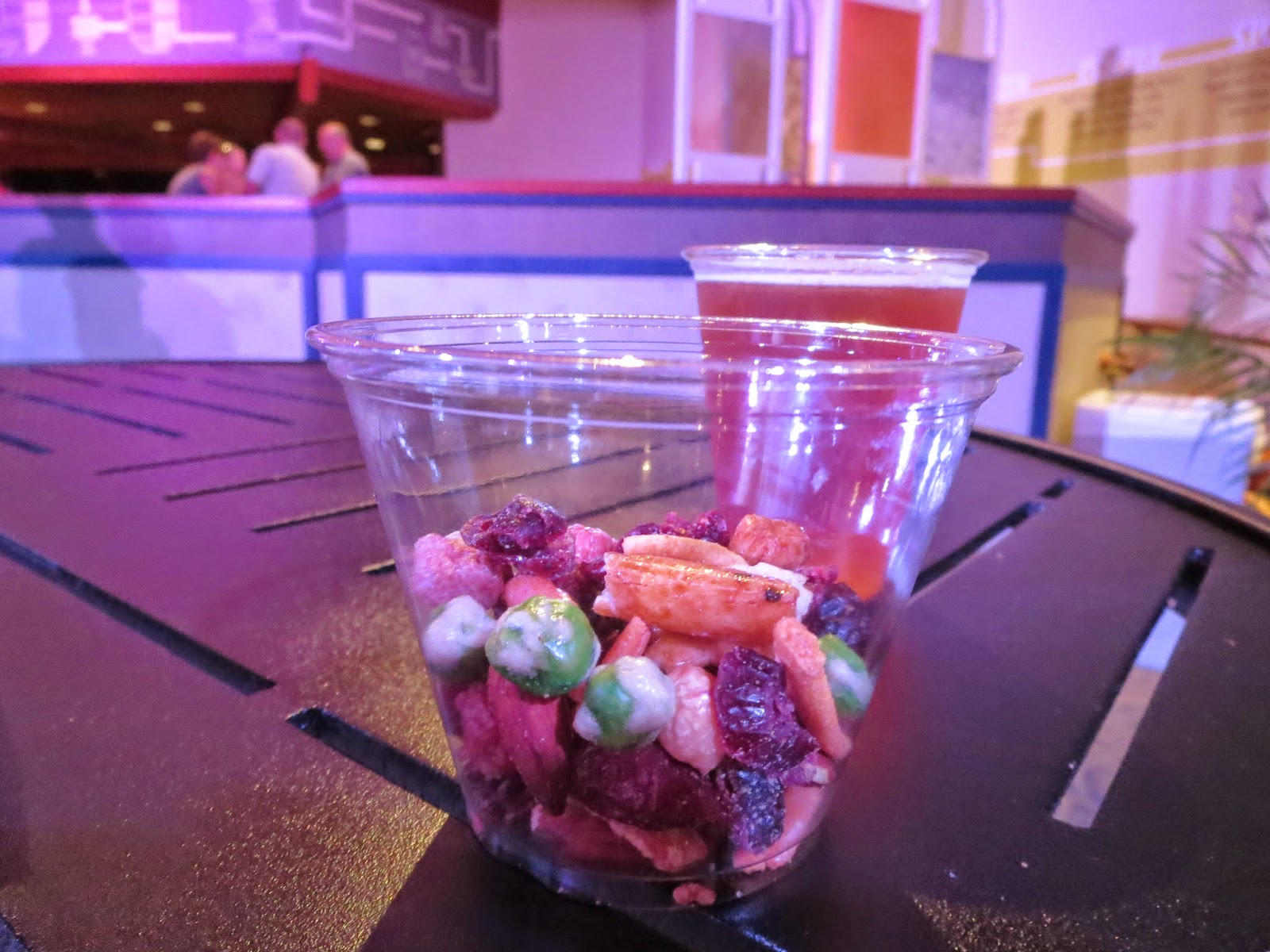 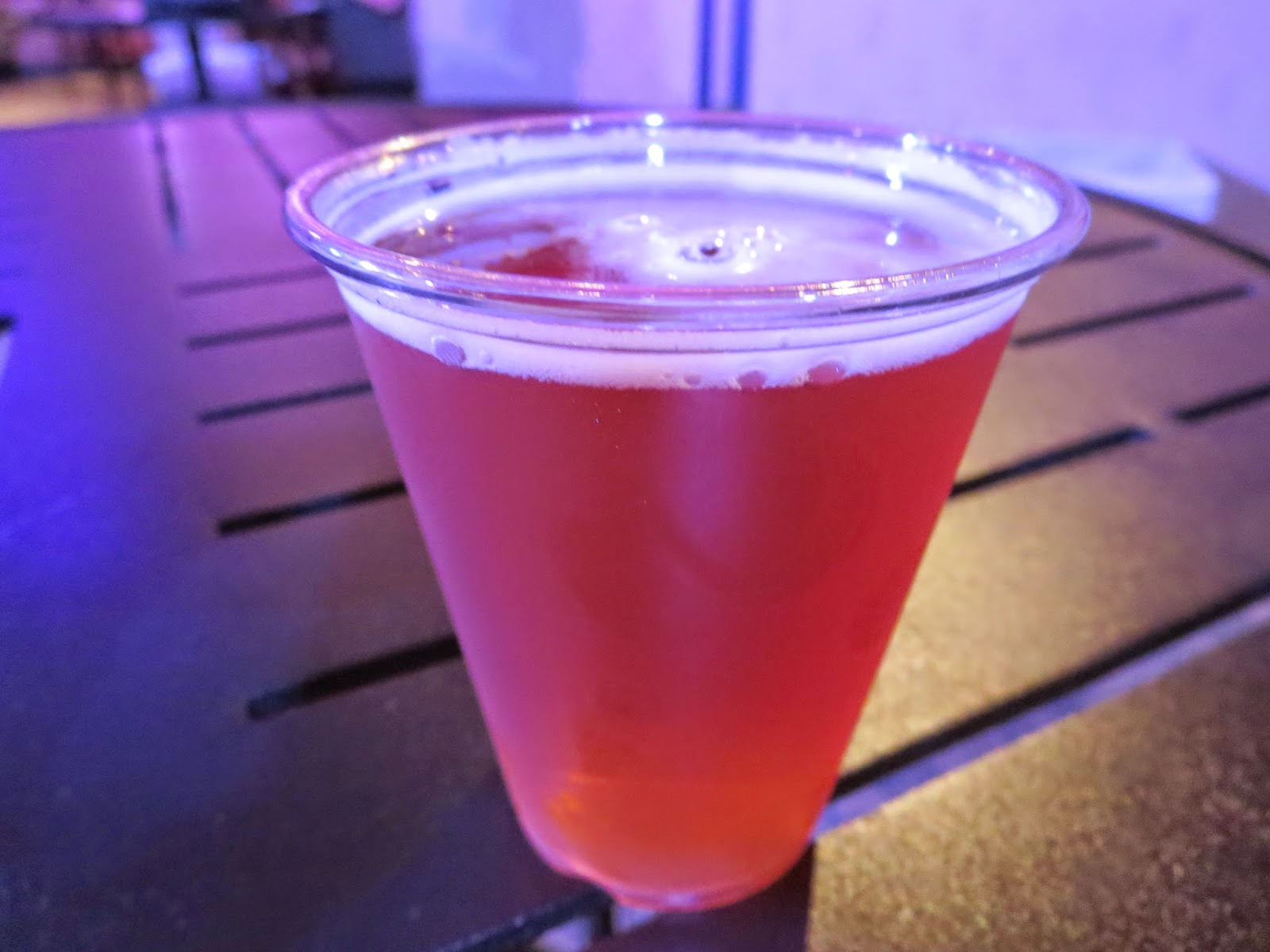 It was refreshing on a hot afternoon.  I've had pumpkin ales before that contained "fall spices."  I did not notice any spices in this beer.  It was smooth, relatively light, and easy to drink.

The punkin ale paired well with the spicy pimento cheese dip $3.75.  The cheese dip had a decent kick of cayenne pepper in it.  I would have preferred a non-spicy version, but it still was very good. 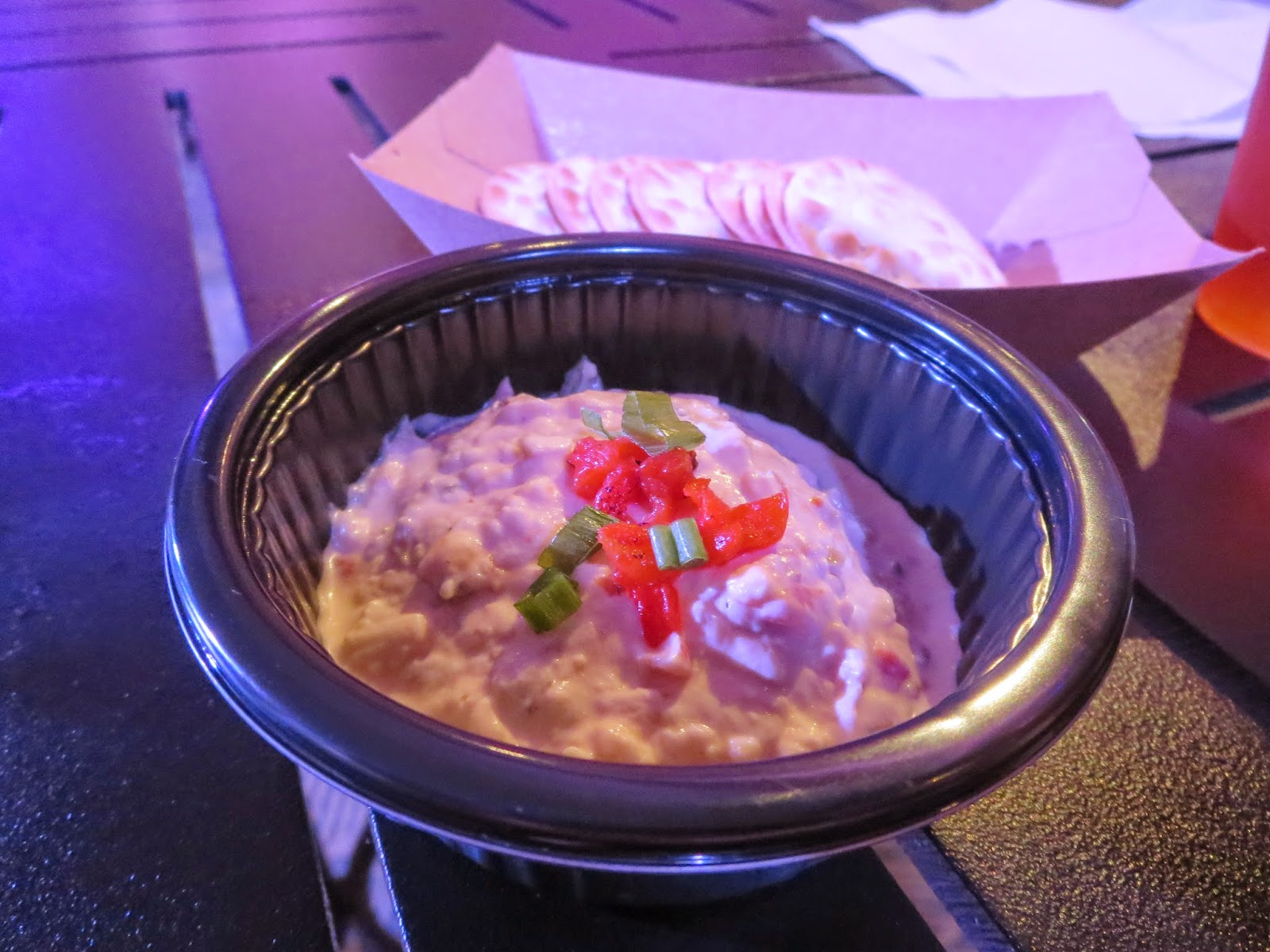 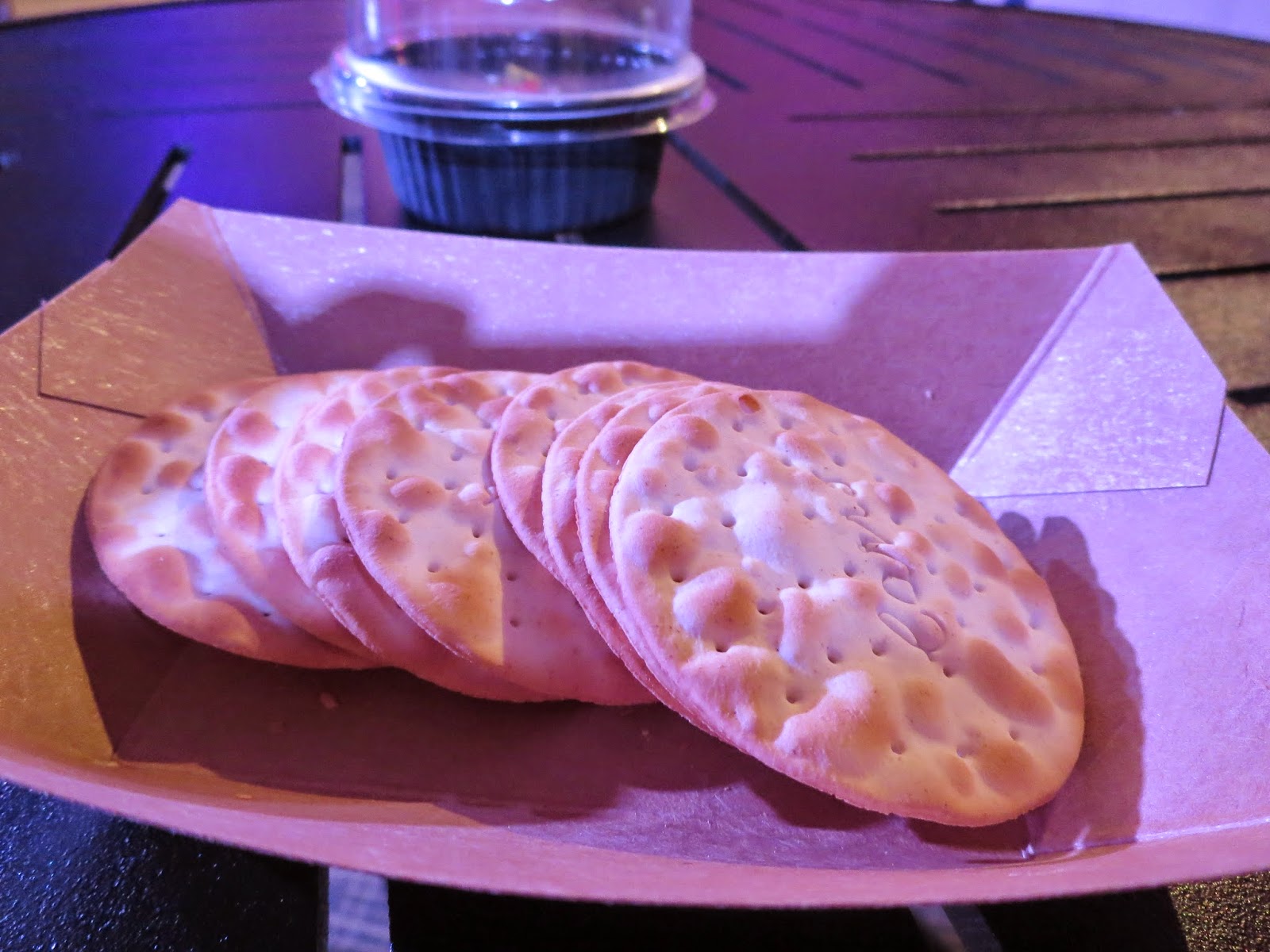 As previously mentioned, I received water crackers instead of wheat crackers.  The portion size of dip is rather large.  It would have been nice to have a few more crackers to scoop it up and balance the spicy heat.

Unfortunately, Florida humidity takes its toll on cracker type foods.  Both the beer snack mix and crackers were pre-assembled and slightly stale when we received them.  I understand pre-assembly is necessary during busy times.  But, I was there on a Monday and there were no lines anywhere.  Making the items in advance when they will sit around seems unnecessary and lowers the quality on a very humid day.

Overall, it was really nice to have an inside area to relax and sample some of the festival beer offerings along with some new snacks.  Next year it might be fun to see the Odyssey Center turned into a sports pub.  TV's playing American football and big lounge chairs (similar to how it was set up during the World Cup games), beers, mini pizzas, and sliders!  Evolution! 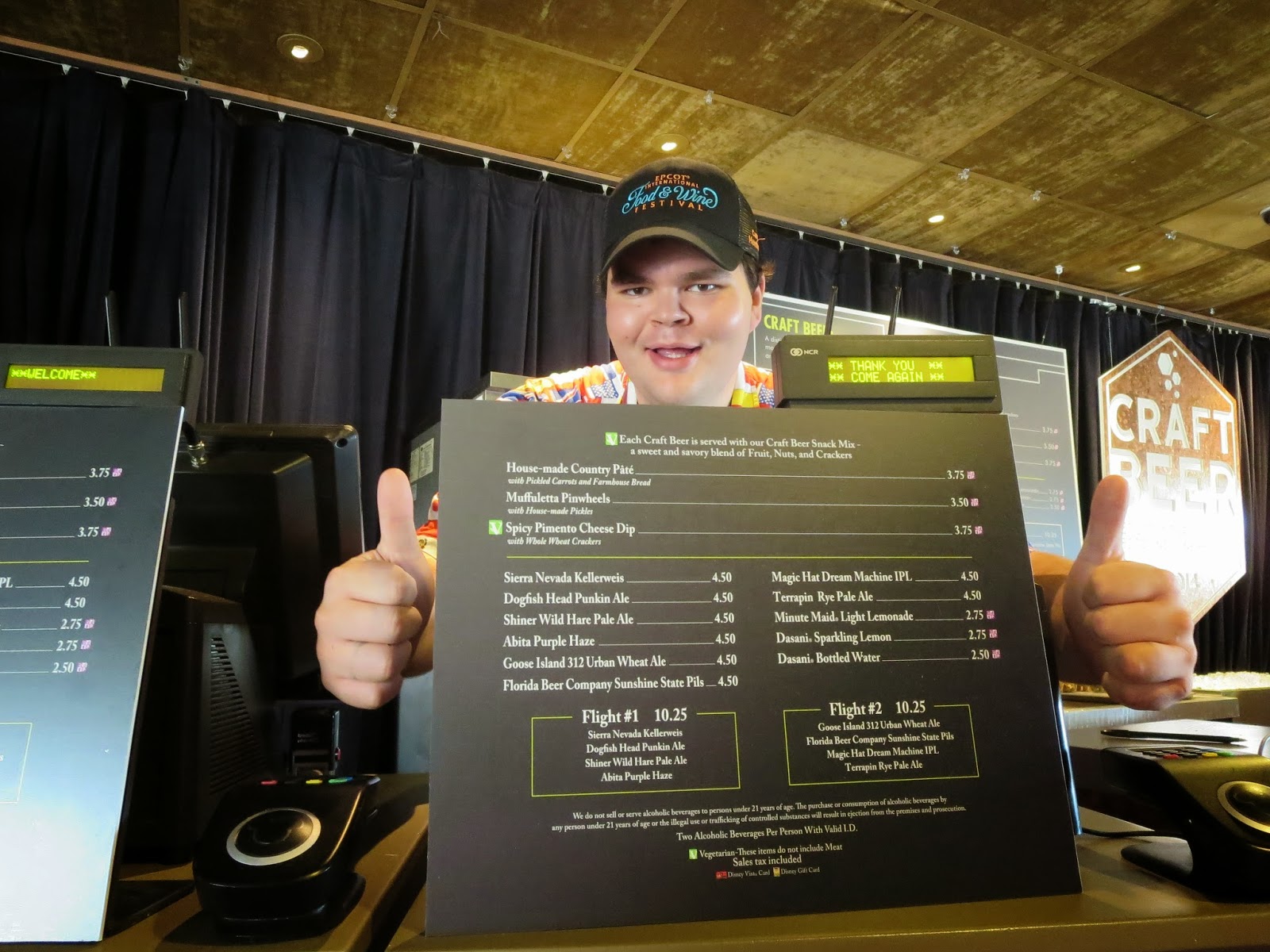 *The Odyssey Center is handicap accessible.  If you need help carrying food or drinks to a table, just ask a cast member for assistance.