Top Entertainment Designers Come Together for ACS Benefit, Plus ZOMBIES! 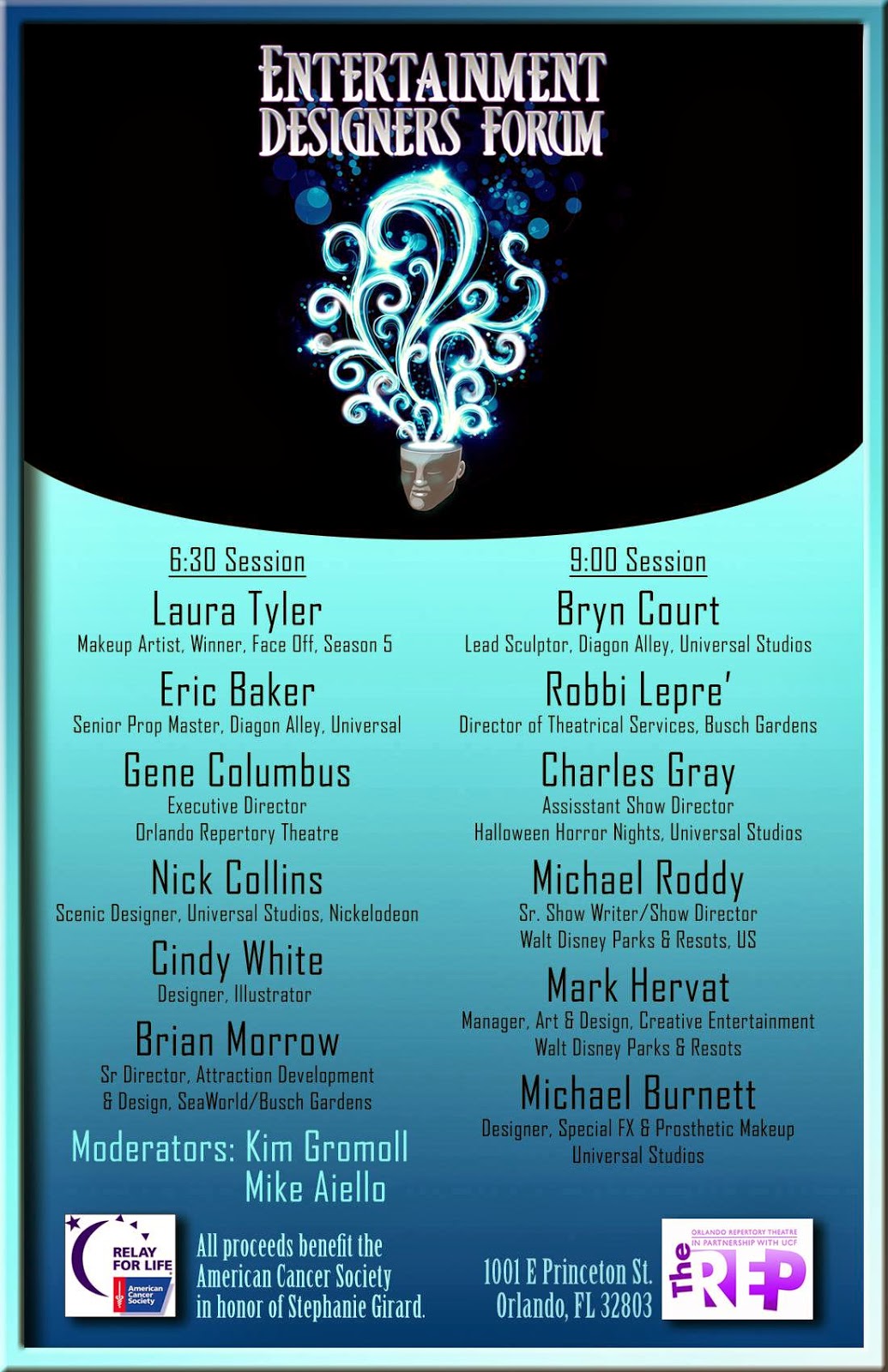 As part of a two-event fund raiser for the American Cancer Society, volunteers have organized a Relay for Life in Celebration, FL this Friday, April 4th.  Additionally, last month at The Rep Theatre in Orlando, FL, an Entertainment Designers Forum event was held to raise additional donations.  I was blessed to have the opportunity to attend the Designers Forum last month with some of the most talented and kind artists in the industry.  The Forum is a MUST-DO Event for any artist or theme park enthusiast!  If you missed it, be certain to look for it early next year!!

This Friday, April 4th is the start date for the Relay for Life walk/run.  This year's theme is "Once Upon A Time There was a Disease Called Cancer." All of the booths will be fairy tale themed, according to the March 2014 issue of Celebration News.

To Register, Volunteer, or Donate Contact:
www.RelayforLife.org or Dawn Mague 407-460-9024

The Panel Designers
Kim Gromoll-Chair Host/Moderator
Art Director Walt Disney World, Designer at Universal Studios Orlando and Event Chair of the Celebration Relay for Life, Organized the Forum in Memory of His Dear Friend and Colleague, Stephanie Girard* Who Passed Away After a Six-Year Fight with Colon Cancer

J. Michael Roddy
Sr. Show Writer/Show Director for Creative Entertainment Walt Disney Parks and Resorts, Creative Director for over 100 live shows and events for Universal Orlando's Entertainment Division and Halloween Horror Nights, Producer of the Documentary "The Shark is Still Working", you may also know him as a Zombie on The Walking Dead 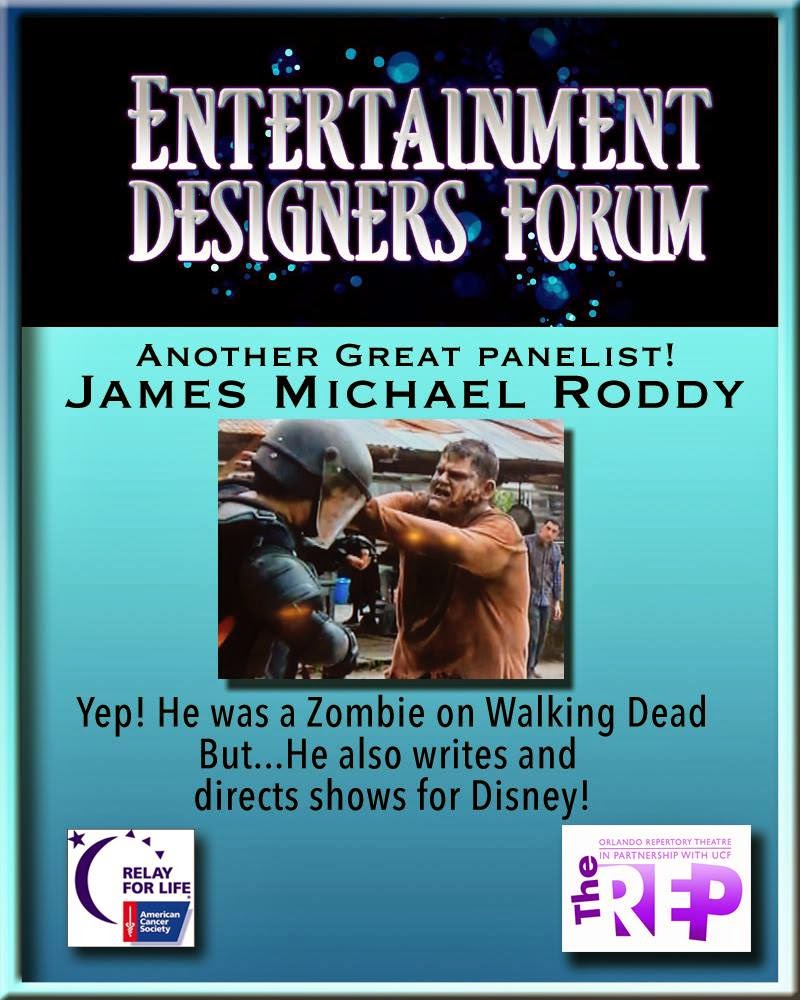 The event was held at the Orlando Repertory Theatre (The Rep).  It included two open-question style forums. The donation cost was $25 for one session or $45 to attend both sessions. This was an intimate gathering of only a few hundred audience members.  This allowed for a more personal Q&A style format.  It appeared that in addition to those of us who are theme park design fans, a lot of art students attended the event.

It would be impossible for me to convey all of the fabulous discussions that happened during this event. Please...PLEASE make a point of attending next year's event to enjoy it yourself!  Here are just a few of the questions asked and the responses that they prompted...

In the first session, artists were asked how they became inspired to pursue their career?  Gene Columbus, Executive Director of The Rep and long time professional actor/dancer, talked about one of his very memorable teachers in school.  Her name was Mrs. Fouche (pronounced foo-shay).  Gene said he was a bad student but she encouraged him in drama class.  She told him, "Don't ask me to believe what you are reading unless you believe it.  Don't ask me to believe in you unless you believe in yourself."  Mr. Columbus went on to a professional career including appearing as a dancer in Funny Girl with Barbara Streisand and a list of other impressive credits such as Sr. Manager of Staffing at a little place called Disney (Google him!!).
Another interesting question from the audience asked, how is design different for theme parks versus film-making?  Mike Aiello, a Halloween Horror Nights Designer and Moderator for the Forum talked about how with film, you can create a smaller window of design.  The film can be focused to direct the audience's attention to exactly where they are supposed to look and notice.  In theme parks, designers must create full environments and immerse the guests completely to have the full experience.

One of the most popular questions of the night in both sessions was, how do I (as an artist) break into the entertainment business?  Every designer agreed that you must devote yourself to the work and enjoy it. Be passionate. It takes time. Take every opportunity that comes your  way regardless of how much it pays or how small it seems.  When you aren't working, do things on your own to practice your skills. This was just some of the advice given.  J. Michael Roddy passionately explained, "DO something every day toward your goal. No matter what, just SOMETHING each day."

Needless to say, spending an evening with such talented artists and performers can make any theme park fan a bit star-struck. It is a rare opportunity to have such a group gathered on the same stage.  As J. Michael Roddy said, "Artists support each other in all the parks.  We enjoy going to see each other's things. We admire it, appreciate it, and respect it."  It really was amazing to have them all together on such a special night.

Additionally, a silent auction was held throughout the night with items from Universal Studios, Walt Disney World, and several other donors. Many items were unique, one-of-a-kind find designs from Universal's Halloween Horror Nights.

The Entertainment Designers Forum Event was a night of laughs, education, entertainment, and most notably inspiration.  Inspiration not only for the amazing support for the Cancer Society, but also inspiration for every young designer in the audience, fan of the Arts, or person wanting to pursue their dreams.  So, mark your calendar for early next year to attend this event!  You will walk away INSPIRED!
See Mr. Roddy, I'm DOING SOMETHING!

*Stephanie Girard was a film, TV, and theme park industry Art Director and Set Designer. She was a designer for the Academy Award-winning film "Ray", Universal's Islands of Adventure Grinchmas, the film "Dreamer", and the film "Leatherheads."  Prior to her passing, she volunteered at the Give Kids the World Village, toured hospitals with her certified therapy dog, Jack, to lift patient's spirits, and raised $33,000 all by herself for the American Cancer Society.  From talking with Kim Gromoll, and hearing his passion to continue these fundraiser events in her memory, it is obvious that she left more than just a design legacy that will continue on in her honor. 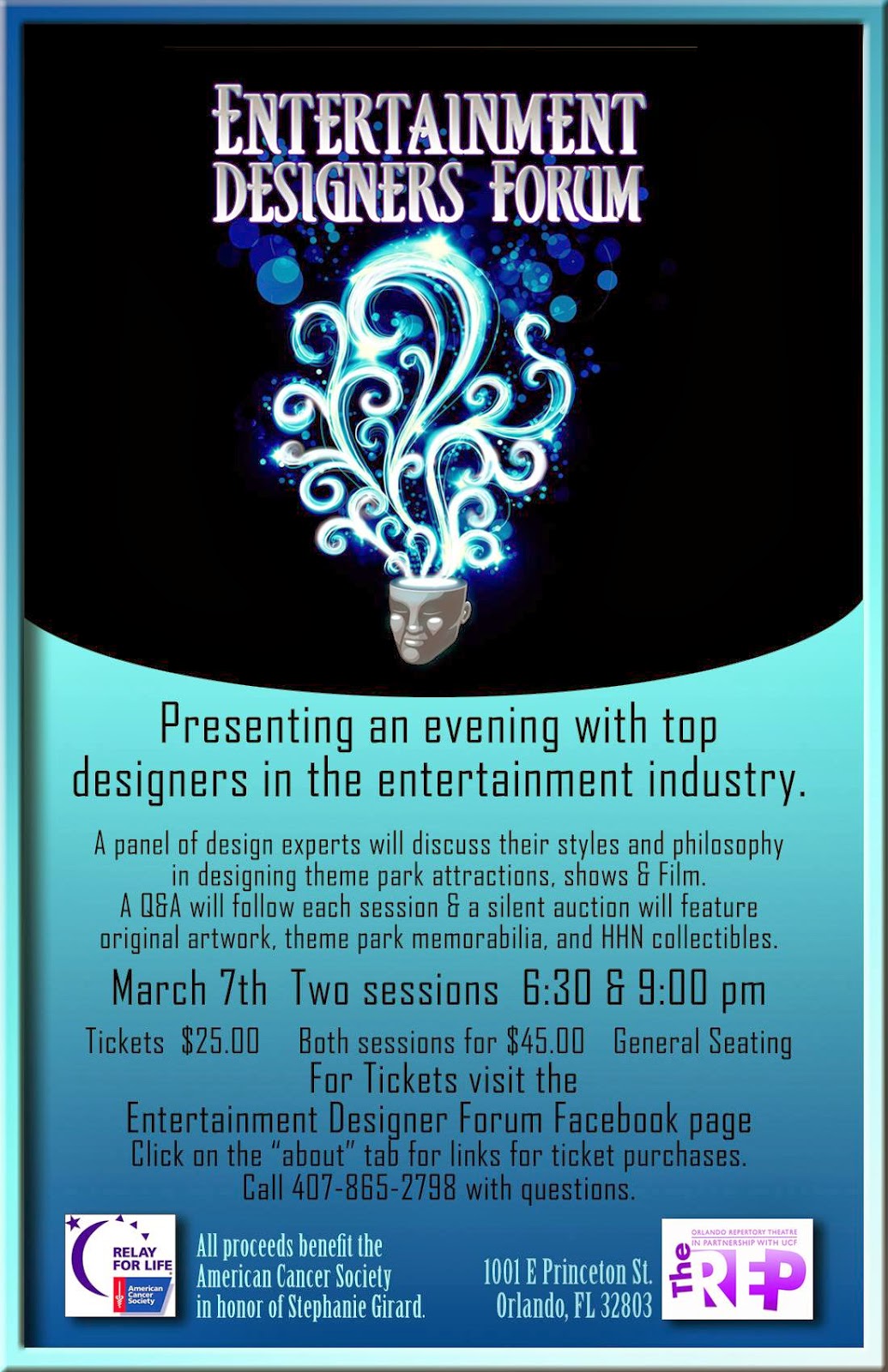 On a more personal note, as a renal cancer "survivor", I would like to thank all the designers and volunteers who make these events possible in the hopes of finding a cure.  Thank You!

Follow Jeanie on Twitter @PrincessPapers
**Entertainment Designers Forum advertising and artwork provided by and printed with permission from Kim Gromoll.
Logo Design by Melody Matheny.
Posted by Unknown at Monday, March 31, 2014 No comments: 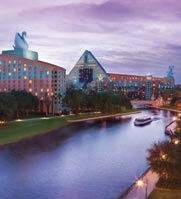 During the week, guests will be treated to complimentary PEEPS® marshmallow chicks upon check-in, during special appearances by the Easter Bunny and at other surprise moments.  For some sweet eats, PEEPS®-inspired menu items will be featured at several of the hotel’s restaurants.  Menu items will include s’mores made using PEEPS®, a PEEPS® inspired milkshake and chocolate-dipped PEEPS®.

The Epcot Resort Area hotel’s annual glow-in-the-dark Easter egg hunt  - a favorite for kids - headlines a full schedule of Easter-themed activities at the hotel, including traditional Easter egg hunts, Easter egg races, a bunny hop relay, arts and crafts, and meet-and-greets with the Easter Bunny. (Activities are all complimentary for guests, except for a small fee for various crafts. Please check the event website for pricing.)

For an added magical Easter morning experience, guests can order an Easter Basket, featuring a variety of candy, a solid milk chocolate bunny and a plush toy, delivered by the Easter Bunny himself to their guestroom. (Additional costs apply.)

Larger-than-life PEEPS® will be found across property, as the iconic chick-shaped marshmallow will serve as inspiration for several approximately 3-foot, 50-pound white chocolate sculptures.

Other special features during the week will include a special Easter dinner buffet at Garden Grove restaurant, featuring Disney character appearances on Sunday, April 20, at 5 p.m., a campfire, glow-in-the-dark volleyball, family game night and a poolside showing of the movie HOP.

For more details about PEEPtastic Easter at the Walt Disney World Swan and Dolphin Hotel, including a full schedule of activities, visit www.swandolphin.com/easter. To make room reservations, call 1-800-227-1500 and mention “PEEPS.” Overnight rates start at $189 per night or contact Katherine at www.ImaginationsVacationsbyKatherine.com an official sponsor of The Princess Papers! 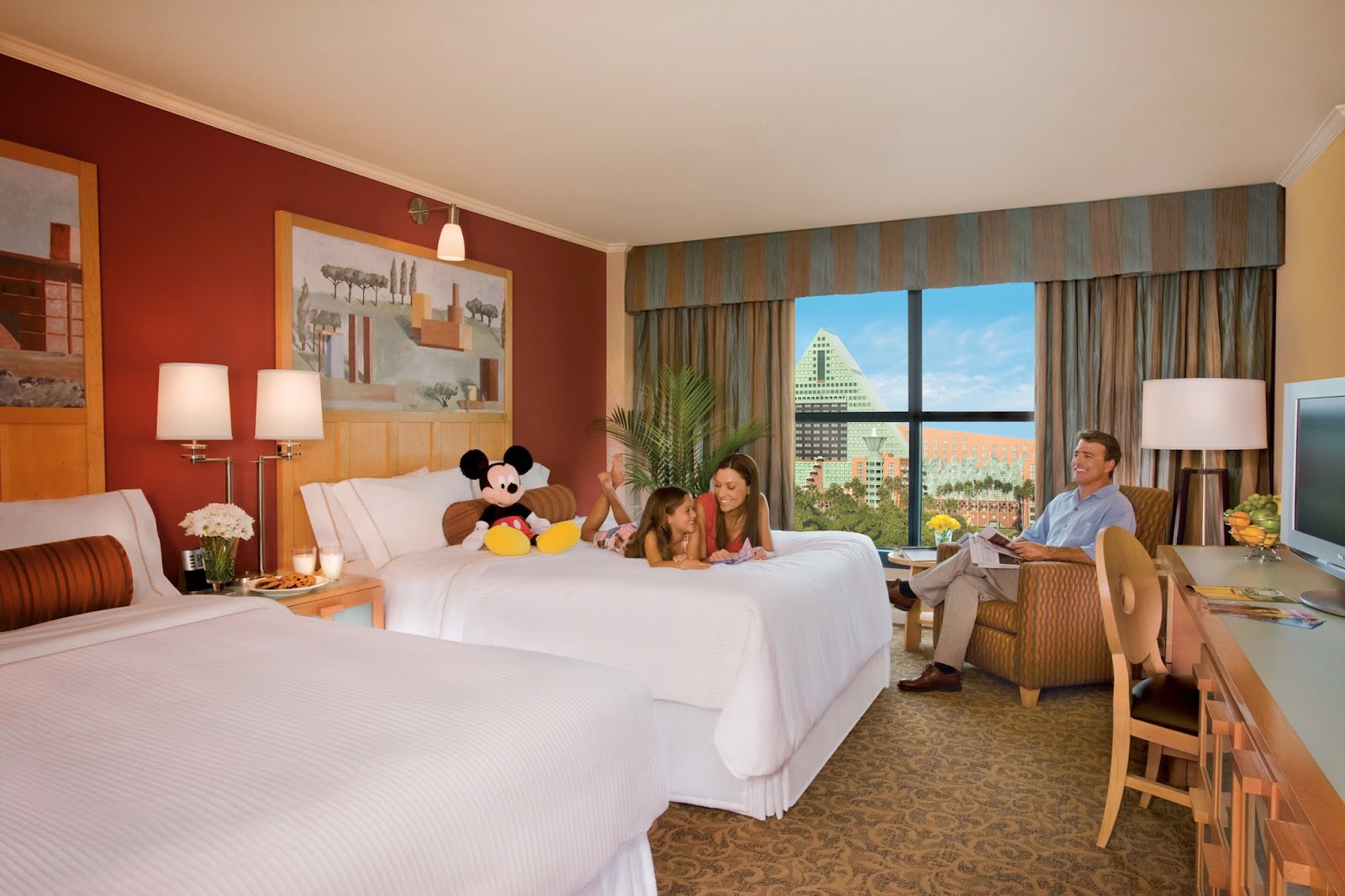 Tammy Turner is the host of THE TIARA TALK SHOW, a YouTube channel that invites actors, composers and cast members- anyone who has ever worked for the Walt Disney Company or its subsidiaries- to talk about working in various Disney projects, such as films, television shows and theme park attractions.

Tune in to the latest ‘The Tiara Talk Show’ Episodes:
Episode #1:
Interview with Director & Writer, Jerry Rees on BACK TO NEVERLAND

Episode #4:
Interview with Cast of The Wonderful World of Disney’s “ANNIE” (1999)

Episode #7:
Interview with the Cast of “SEBASTIAN’S CARIBBEAN JAMBOREE”

Episode #8:
Interview with the Cast of “FLIK’S MUSICAL ADVENTURE”

Episode #10:
Interview with Anne Serling, Author of “AS I KNEW HIM: My Dad, Rod Serling”

Episode #11:
Interview with Jeff Blyth, Director of “REFLECTIONS OF CHINA”

Follow on Twitter at @TiaraTalkShow to find out the latest updates on new shows and more!
Be sure to listen at: www.TheTiaraTalkShow.com or at YouTube.com/TheTiaraTalkShow
Posted by Unknown at Saturday, March 29, 2014 No comments: 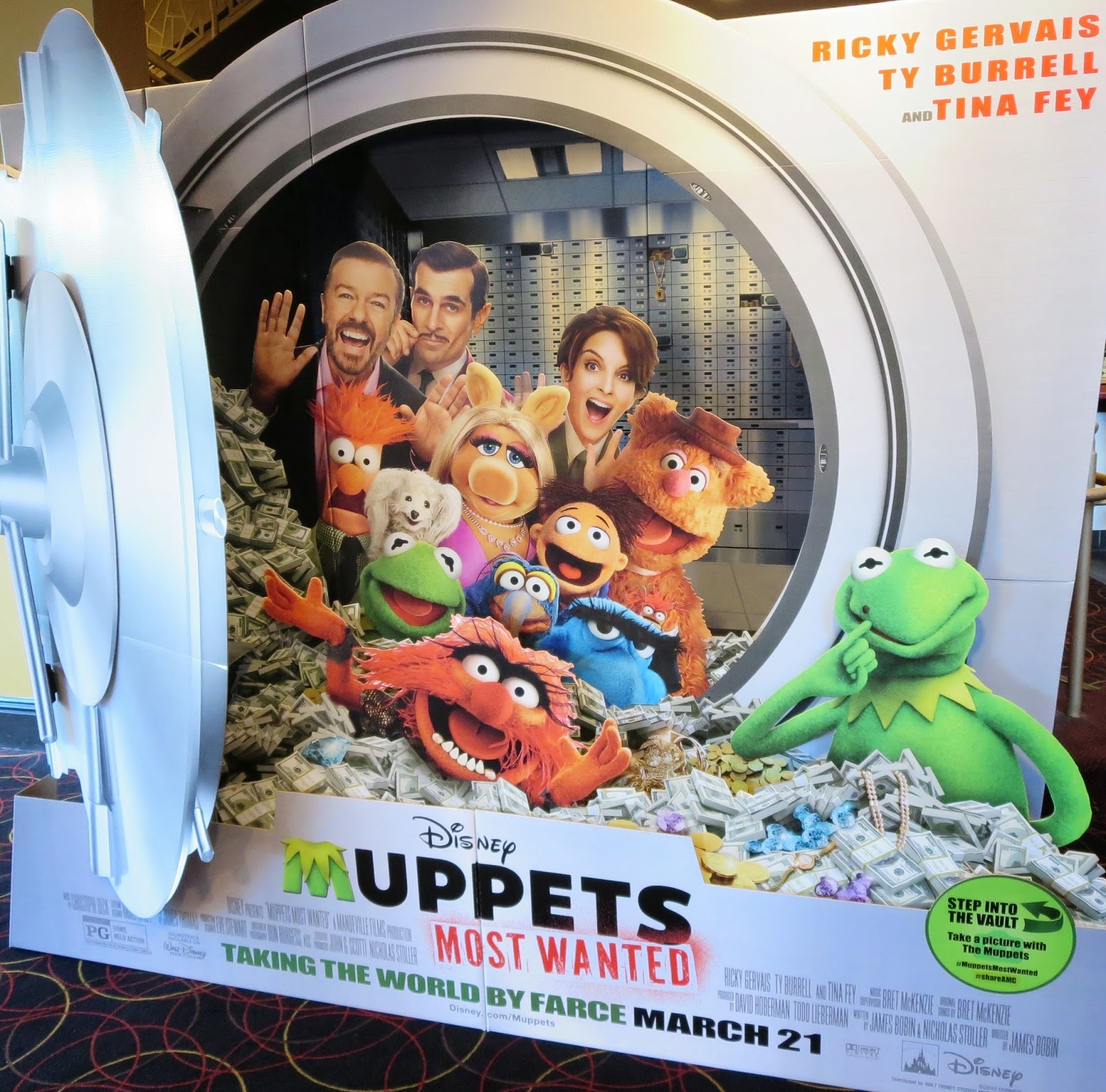 If you haven't seen the new Muppets Most Wanted movie, you must go!  I'm happy to say that the character voices, as well as the movie style for this movie, are very similar to the original Muppets movies of my childhood.  There are lots of snarky jokes and cheesy gags.  But, that's what makes the Muppets so iconic.  Of course, there are also a ton of celebrity guest appearances too, another trademark of the original Muppets genre.  Oh, and if you need another reason to go see the film, it includes a NEW PIXAR SHORT!  So, don't be late for the start of the film. You don't want to miss it!
I had the pleasure of attending the Disney Parks Blog movie screening at the Downtown Disney AMC Theaters prior to the movie release.  It was another great meet-up!  We were all treated to some delicious popcorn and drinks. 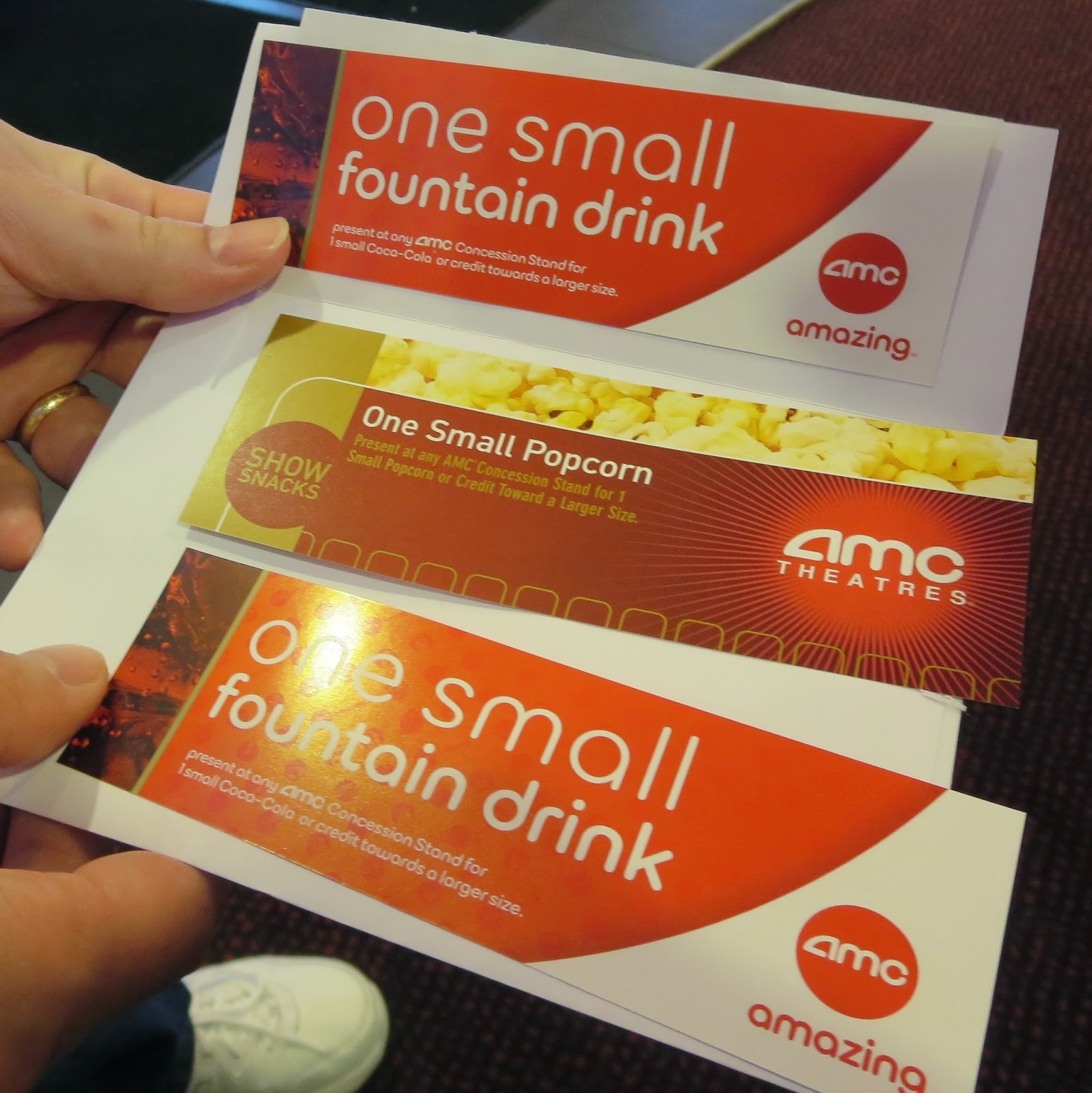 Our VIP entrance pass was in the form of a great Muppets Most Wanted button! 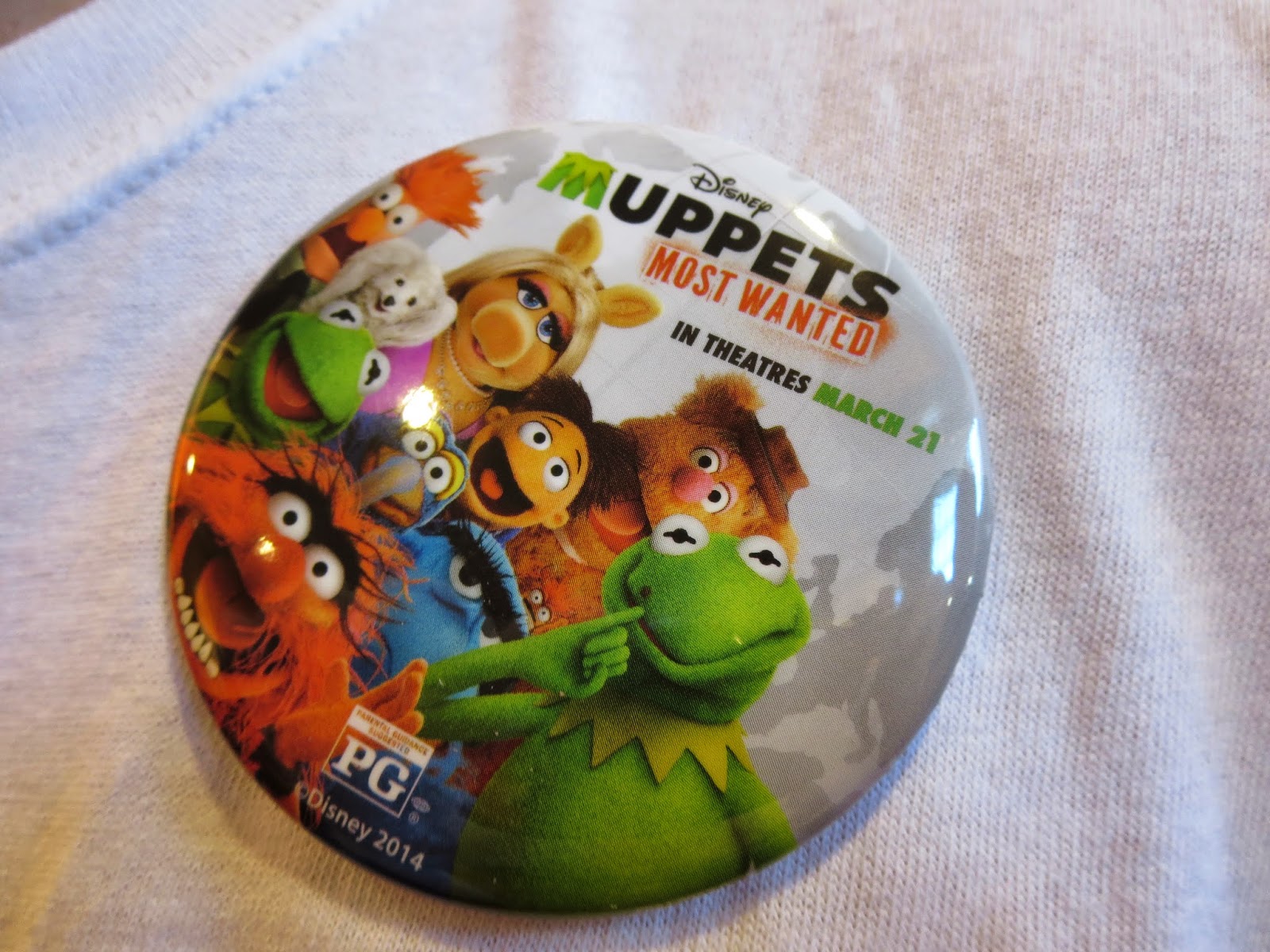 Fans who attended were asked to "show their Muppets side" by dressing in character.  I was happy to oblige with my "ode to the glamorous Miss Piggy." 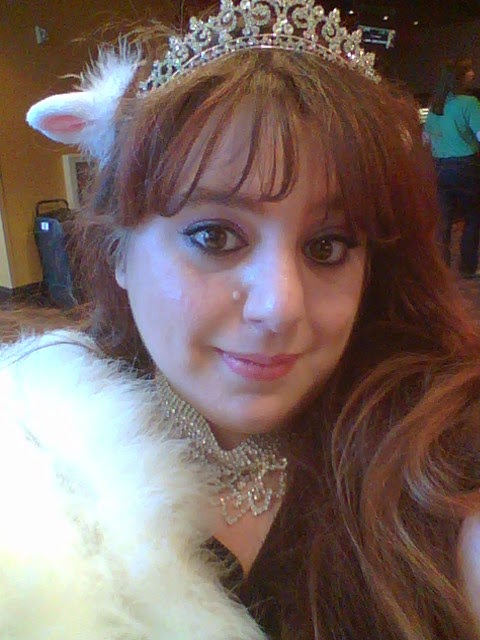 Surprisingly, I was approached by Sam Eagle (aka Steven Miller of Disney Parks Blog) to go on stage prior to the screening along with a few other fans to talk about our Muppets love.  Those of us on stage received copies of the previous Muppet Movie DVD. 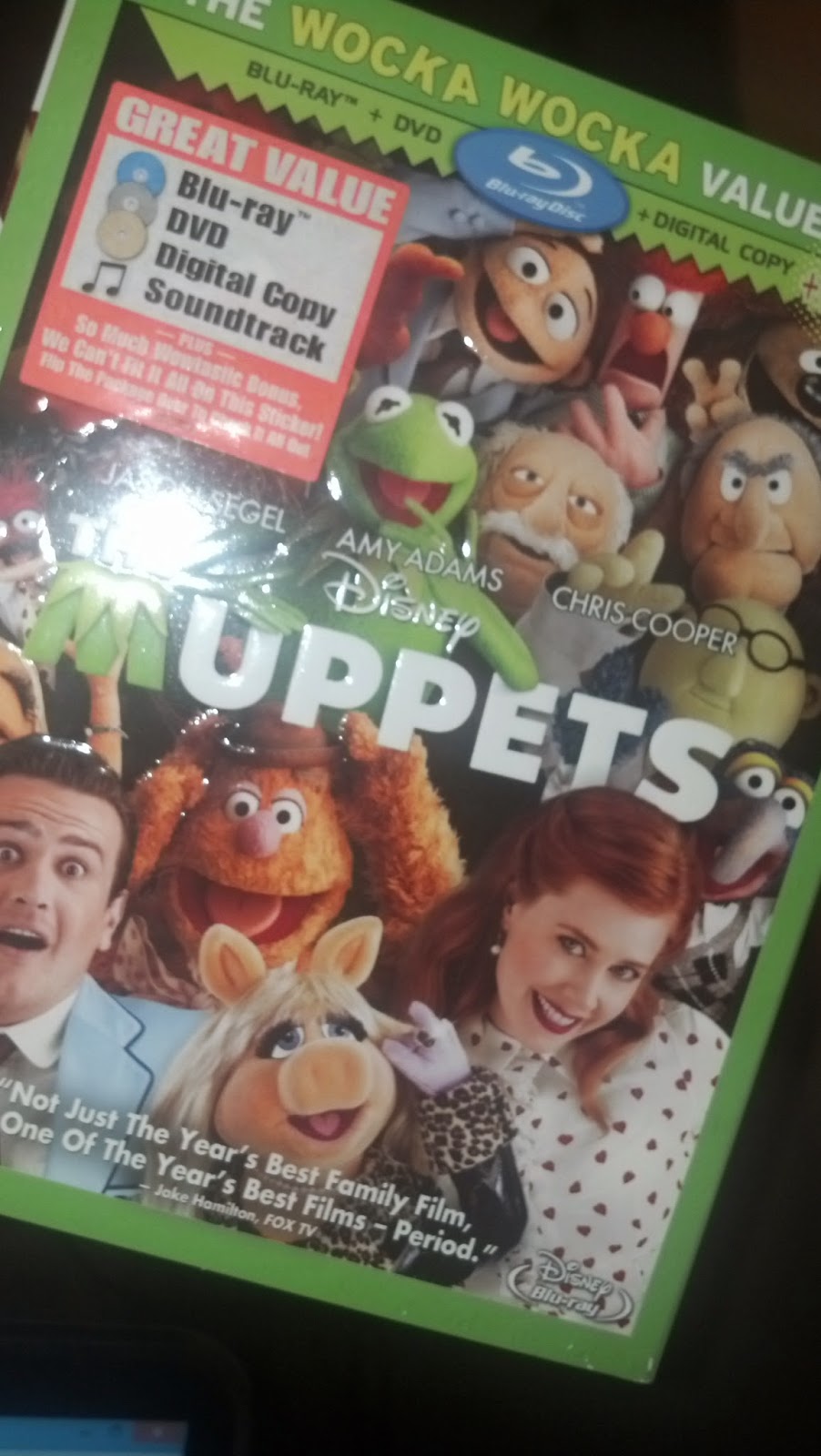 At the end of the screening, another surprise was waiting for us...SWEETUMS! 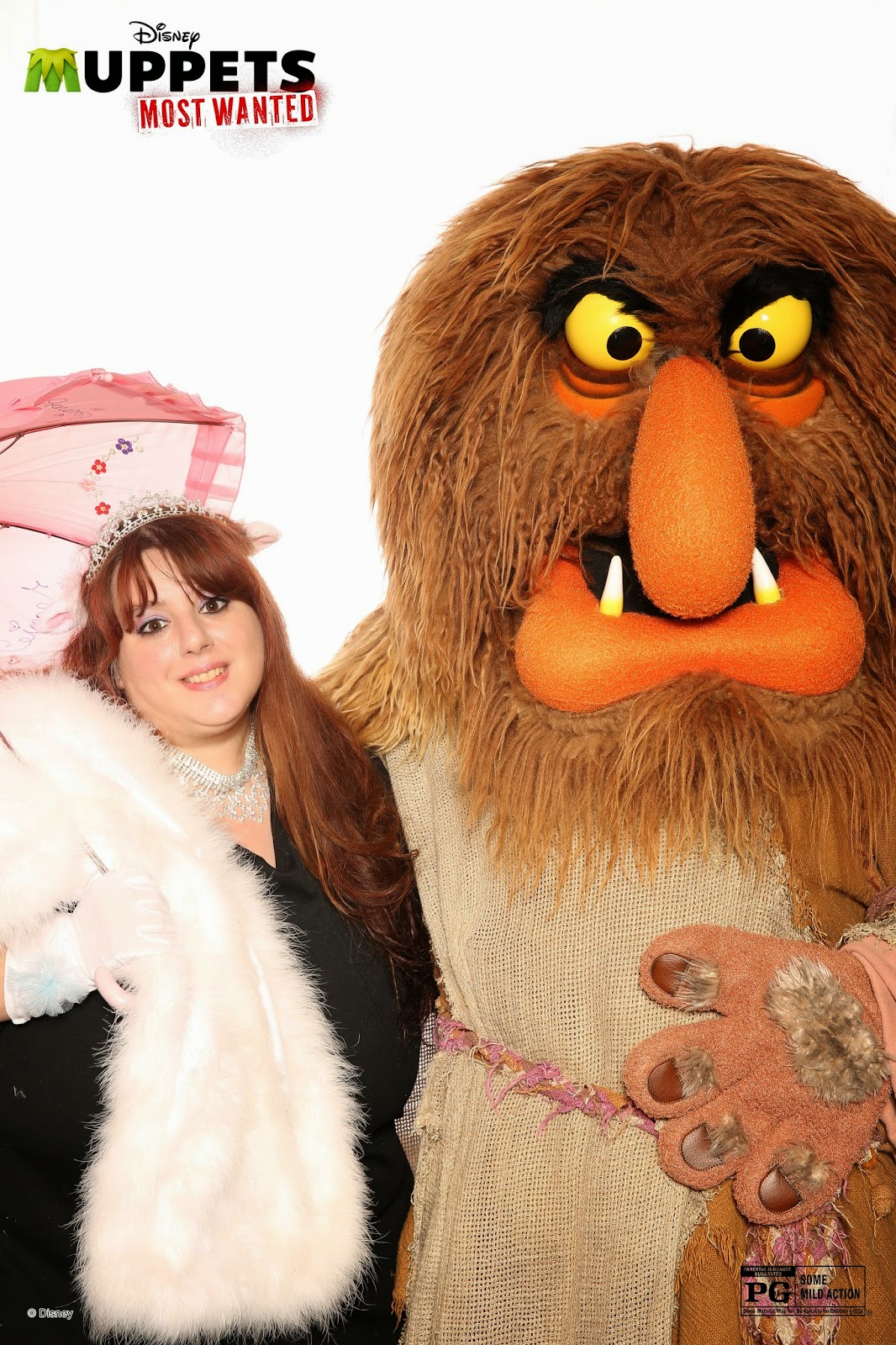 It was a great Muppets day at Disney.  If you'd like to read more about the Disney Muppets Most Wanted movie premiere event, go to the Disney Parks Blog HERE: http://disneyparks.disney.go.com/blog/2014/03/disney-parks-blog-readers-enjoy-the-show-at-the-muppets-most-wanted-meet-up/  If you pay attention at the start of their video, you will find me blowing a kiss to kick it off!


Accessibility: Downtown Disney AMC Theaters are fully accessible.  There are elevators to take guests to upper balcony levels inside the theater and special seating areas for wheelchairs/ECVs next to regular seating so that families may sit together.

*For this event, I was a guest of Disney's and did not pay for admission or refreshments.  However, my opinions of the film are my own and unbiased.
Posted by Unknown at Tuesday, March 25, 2014 2 comments: